[June 8] Patch Notes Greetings, Adventurers!The Patch Notes for the update on June 8 (Tuesday) are here!In this update, we’ve added new content, events, bug fixes, and overall improvements to the game.See below for more details about this update.※ All screenshots were taken from the test environment and may differ...

Greetings, Adventurers!
The Patch Notes for the update on June 8 (Tuesday) are here! 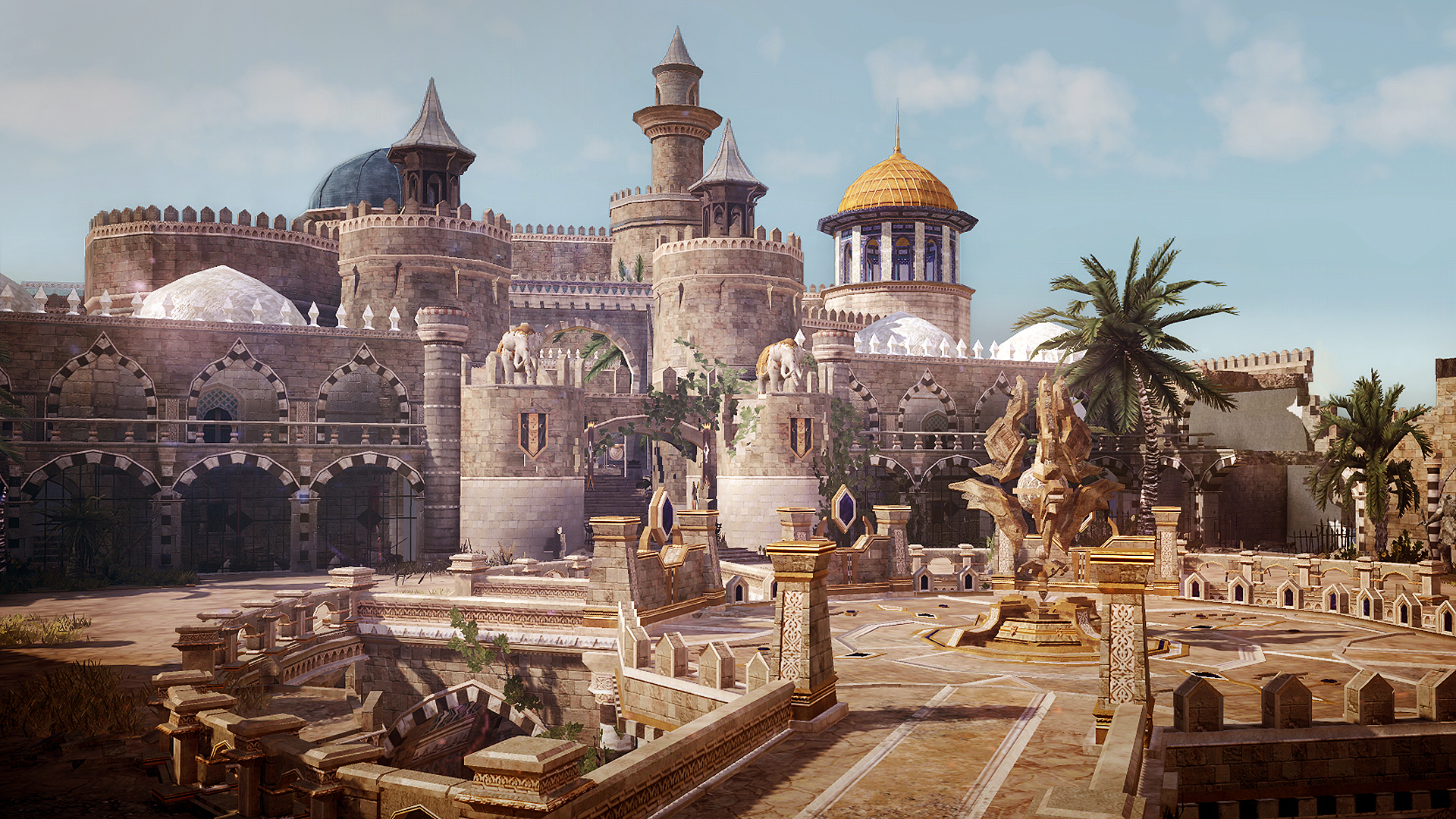 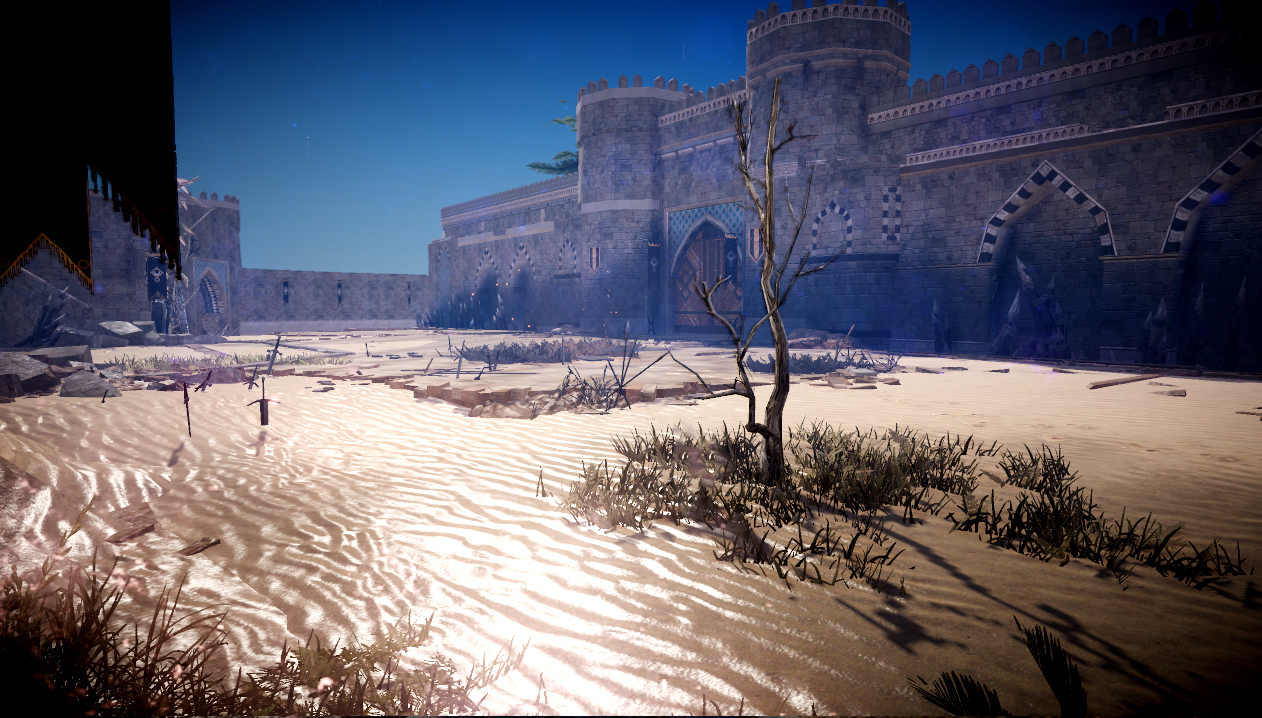 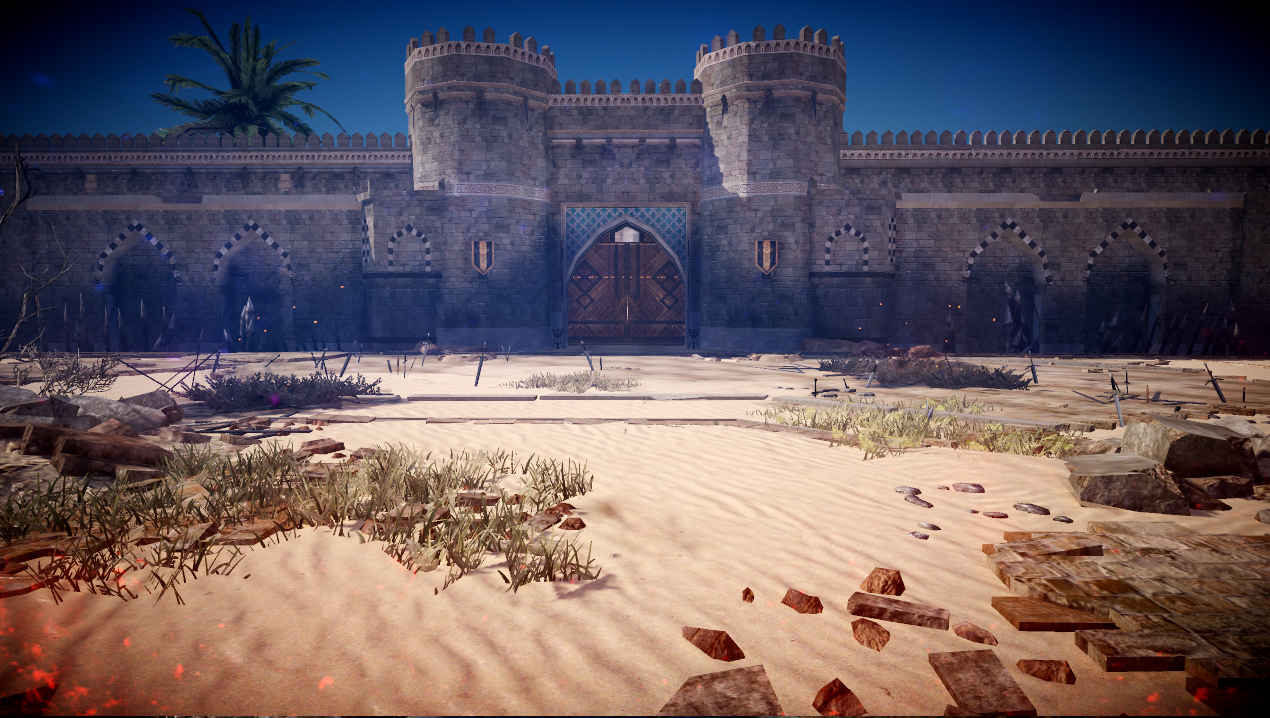 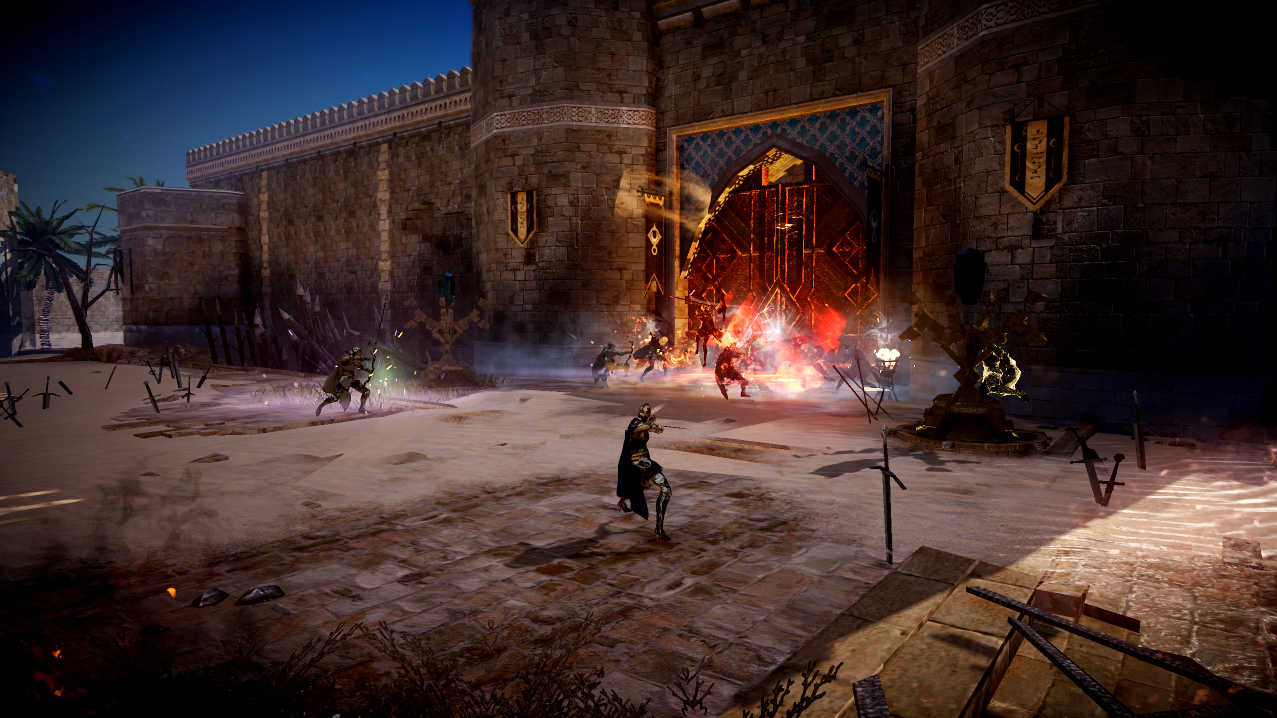 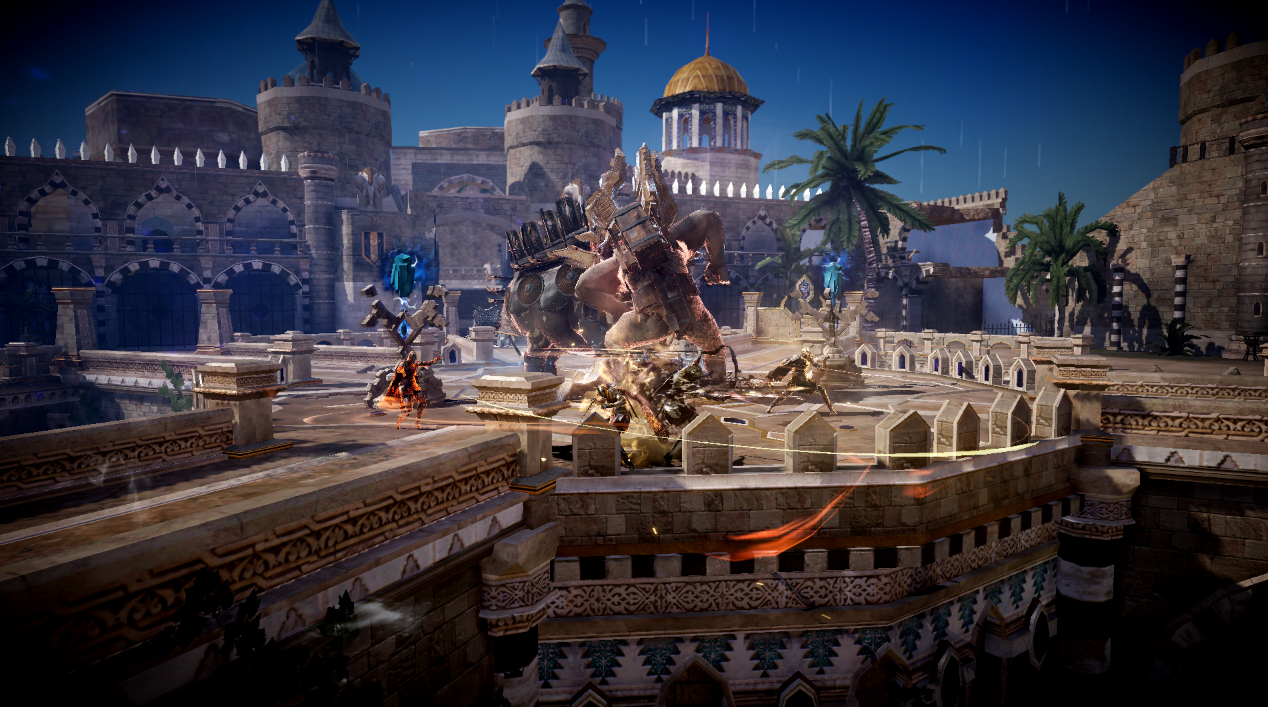 - To bid for Siege War you will need Nodes level 2 or higher.

ㆍThe guild who succeeds in defending against the Siege until the time ends will win.

4) If Guild B's Holy Artifact was destroyed within 14 minutes by Guild C, their attacker/defender roles will be swapped, and the defense time limit will be reduced to 14 minutes.

ㆍ If a Siege War continues until 9 PM (the time limit for Siege War) the Guild which is defending at that point will win the game.

ㆍ When the attacker/defender roles are swapped, they will be moved to their nodes. Any Siege Weapons that were in mid-summon will be cancelled and they can be summoned again. This does not apply to destroyed or dead weapons.

ㆍ Example: If you started the war with 5 Ogres, then 1 Ogre dies and you are summoning 1 Ogre when the swap happens, you will have 4 Ogres that can be used. 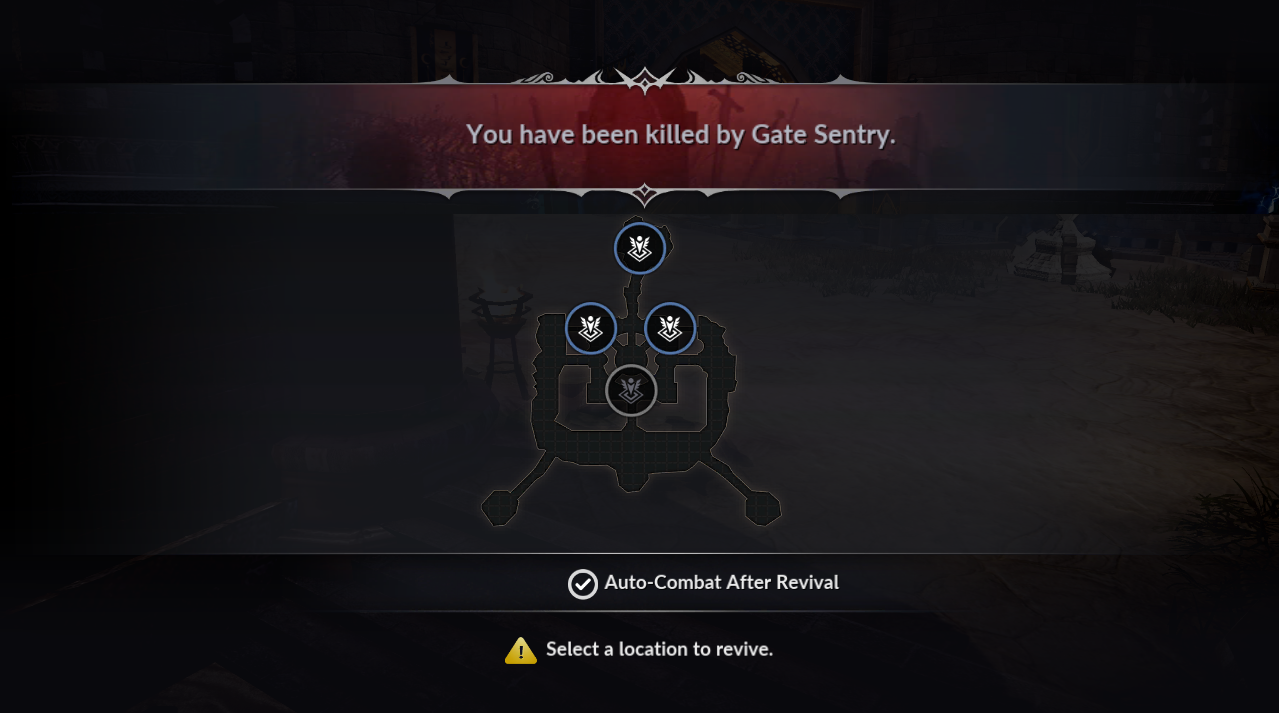 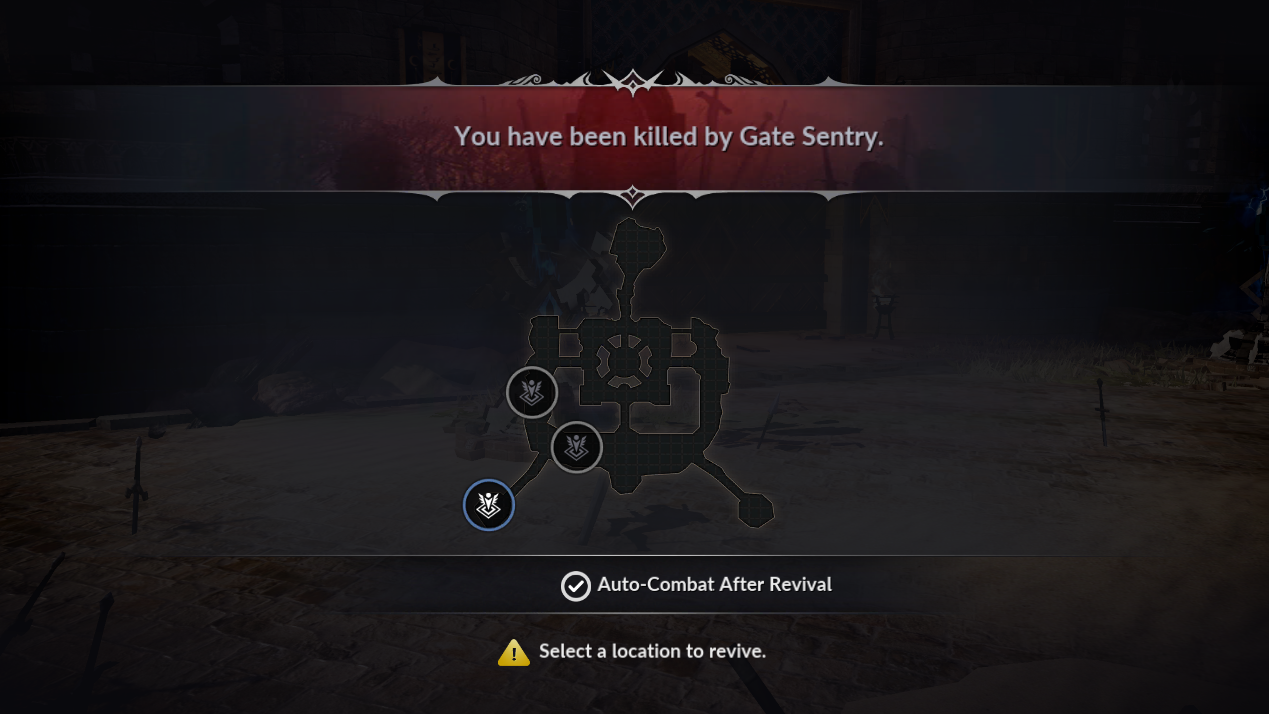 - Added a new function to the window displayed when your character dies in Siege War and Node War that allows you to select auto-combat upon resurrection.

- Added the option to the window displayed after dying in Node War that allows you to set your preference to immediate resurrection.

ㆍ If this setting is selected, your character will automatically resurrect when resurrection becomes available.

ㆍ If you've selected auto-combat, your character will automatically begin fighting after resurrection.

- Changed the bidding in Node War and Siege war, where the number of bidding guilds was displayed, to only display whether there are bidding Guilds or not.

- Improved the Siege War summoning UI to display the level of the weapon.

- Valencian Siege War does not have destructible stone Barricades or Bridges.

- Entering Siege War will be temporarily unavailable while attackers and defenders are being swapped.

- During the attacker and defender swap, Barricade and Bridge destruction and weapon summoning will be unavailable.

- With the changes in rules, the attacking sides will no longer possess a Holy Artifact or Barricade.

- When swapping attacker and defender, the bridge, destroyed Barricade, Holy Artifact, Guard Tower, and Gate Sentry will be placed again. The Outer Gate and Inner Gate will remain as before. 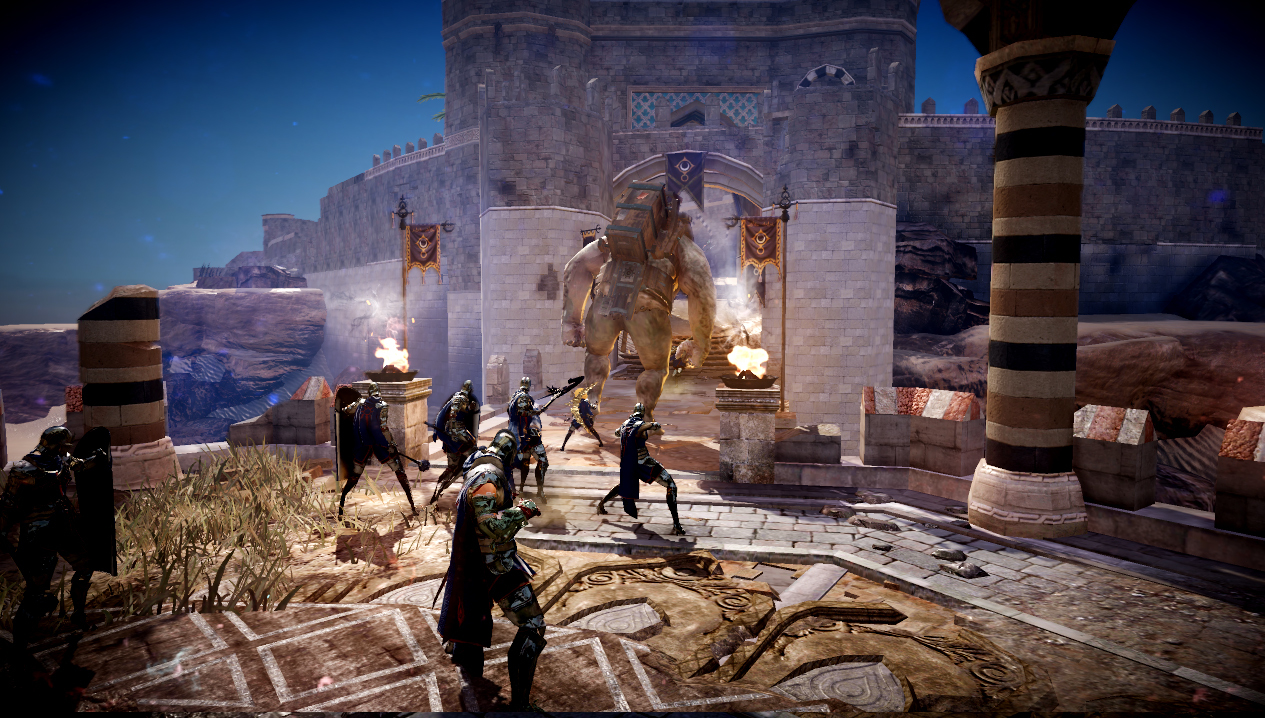 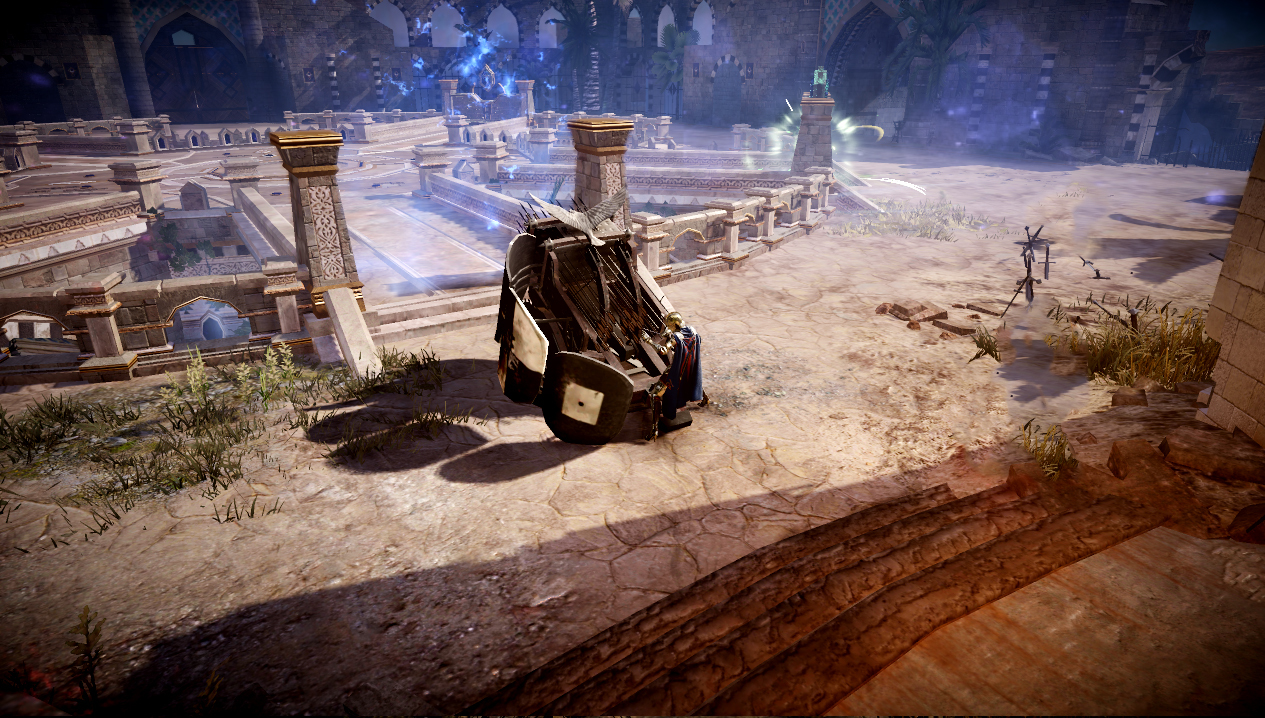 - Improved some of the terrain in Calpheon Siege War to prevent the destruction of a Barricade upon the start of the game, affecting the summoned Ogre.

- The maximum level of Cannons, Ogres, and Elephants in Siege War has been increased from 20 to 25.

ㆍ You can raise the level using Training in Guild Skills.

ㆍ From level 21 the price for each level will increase.

ㆍ From level 21 Siege Ogre and Canon will look different.

ㆍ The Elephant will have a new look in levels 1 - 20, and the previous look will be applied from level 21. 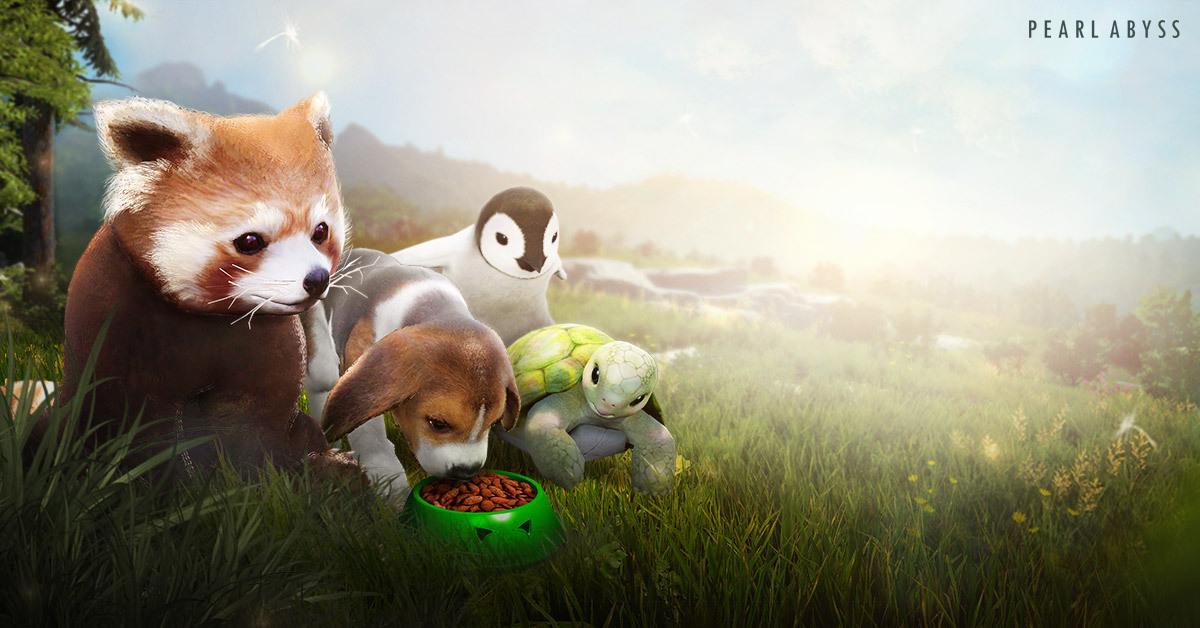 - You can now exchange one Petscended Tier 6 Pet and a non-Petscended Tier 6 Pet for a chance to get a Tier 7 Pet.
- Upon failing to exchange for a Tier 7 Pet 15 times, your next attempt is guranteed to be a successful exchange.
- Tier 7 Pet Skills can be trained up to Lv. 25, instead of level 20.
- If a Tier 7 Pet is successfully Petscended once, their skills can be trained up to Lv. 30. If they are successfully Petscended twice the maximum training Lv. will increase to 35.
- After Lv. 21 additional effects will be applied based on the pet's Exclusive Skill. After Lv. 26 only the additional effect will improve.
- Improved Rune of Companionship for its effect to include up to Tier 7 Pets

■ Void Knight
- Fixed an issue where, after getting on the horse while using [Dark Mist], the skill effect animation continued to display.

■ Gladiator
- Fixed an issue where, when using [Scars of Dusk] after [Deep Thrust], it could lead to an issue where even if [Flow: Dusk Slash] was not selected, the flow would still be used. 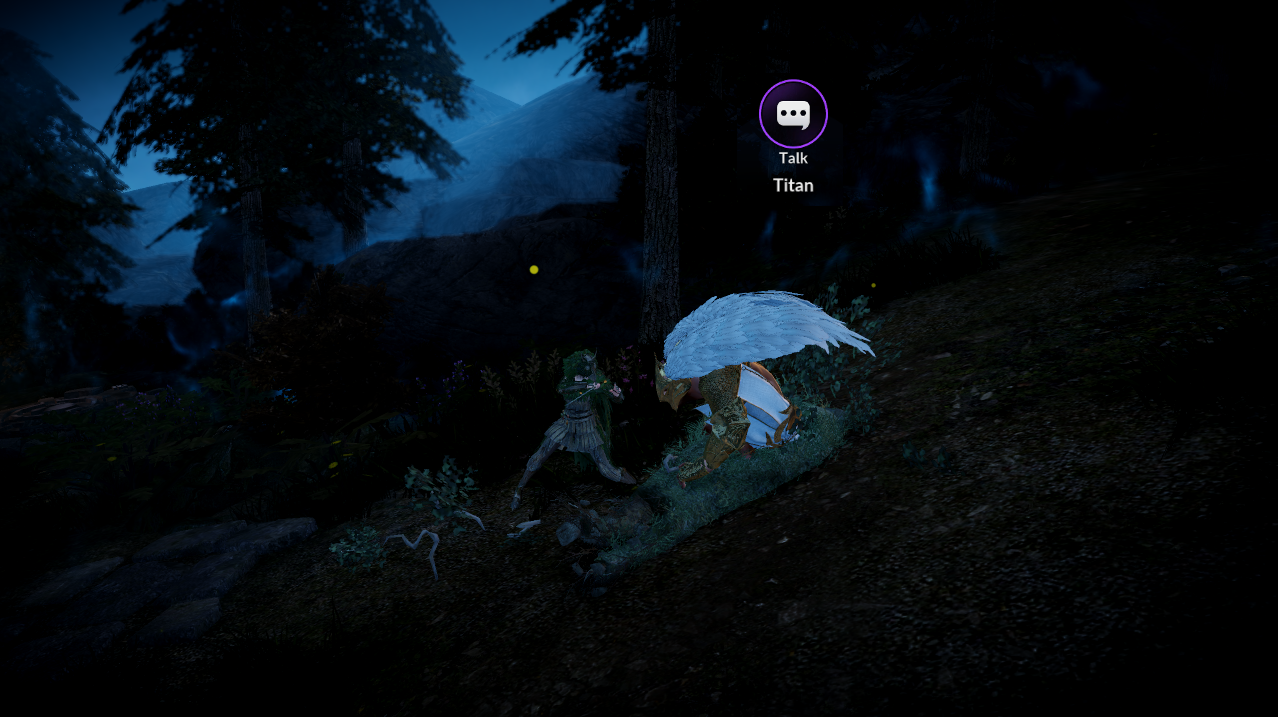 - Added a function so you can interact with the family character that has been sent to Scout Hadum when visiting the region. 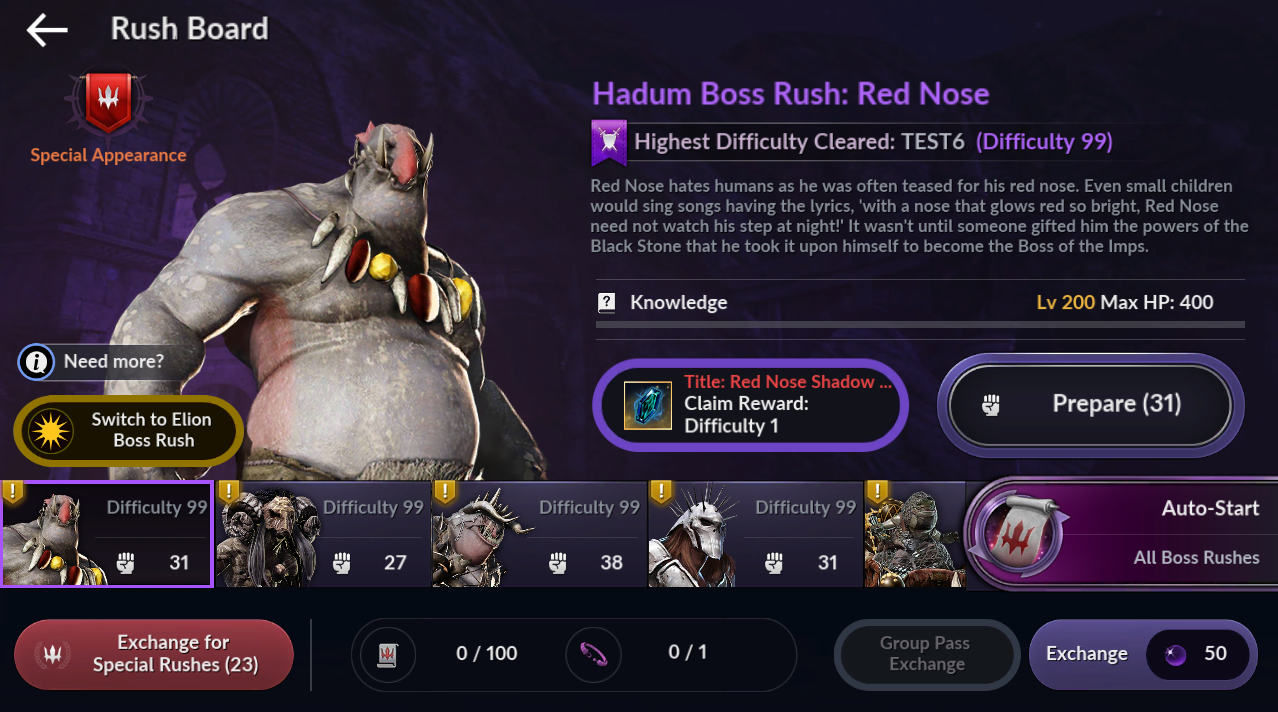 - The daily time limit for using Special Boss Rush Pass and entries available per Boss has been removed. 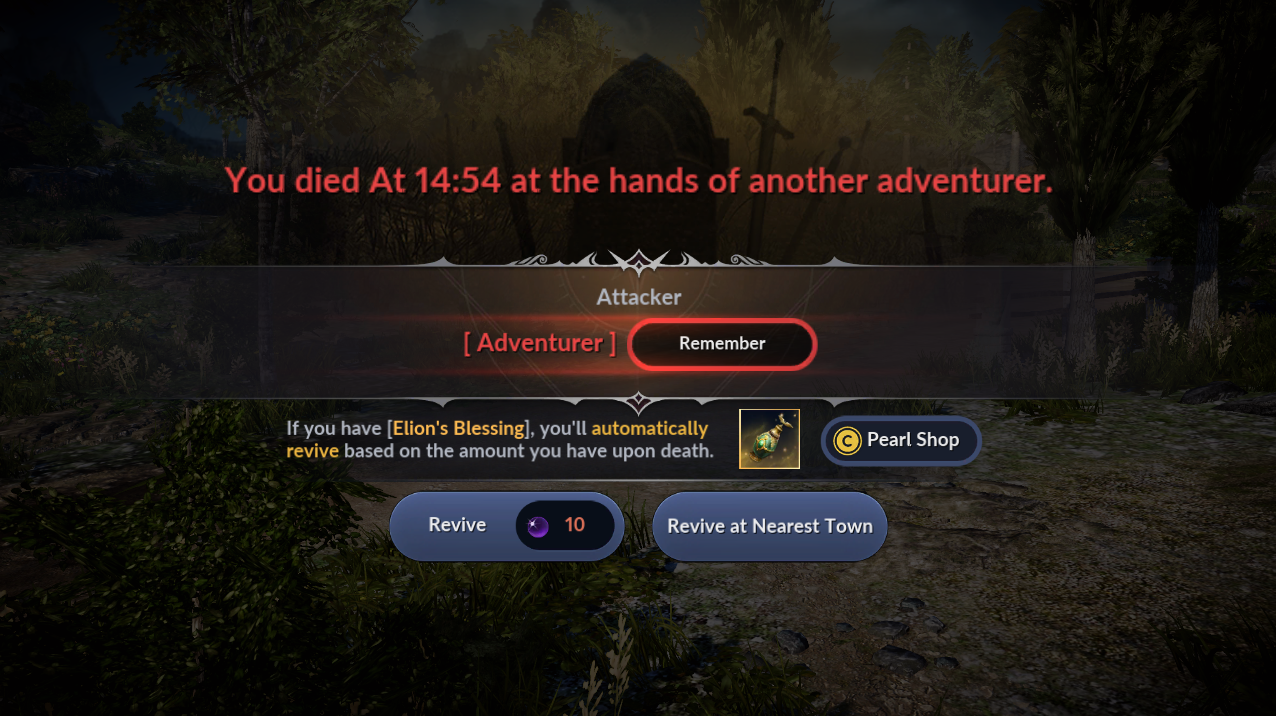 - Improved the Death Screen to display the time of death. 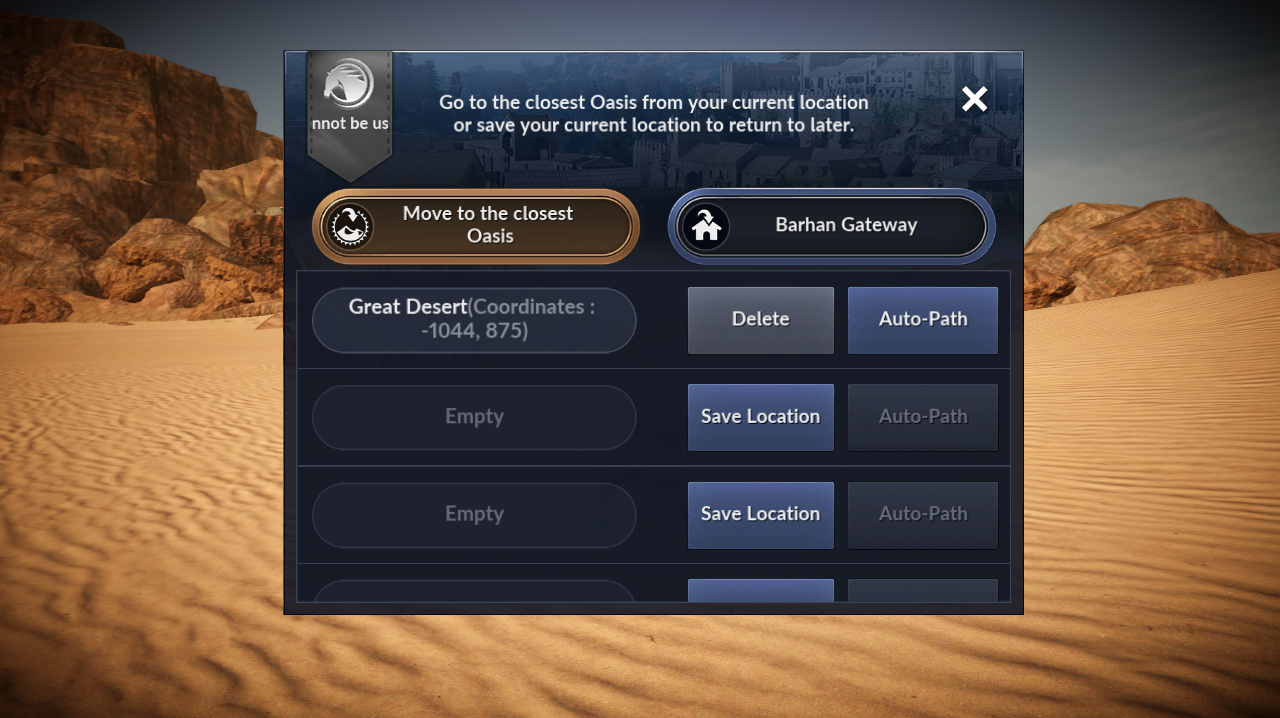 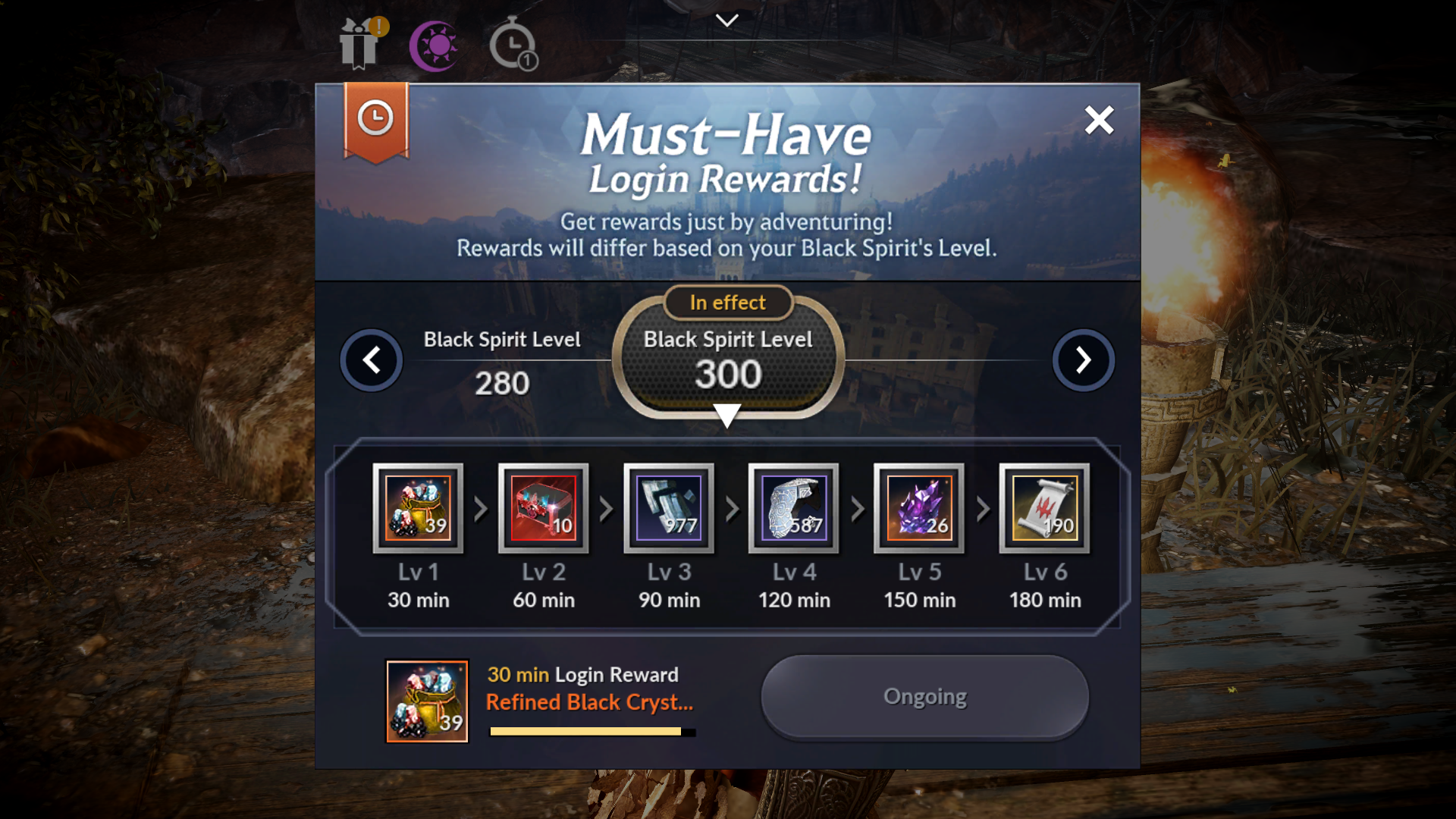 ■ Joining a Party
- Improved the party-based content such as Ancient Ruins and Field of Valor to disband the party if the mode is not started 30 seconds after Adventurer's Apparitions have been added to the party. 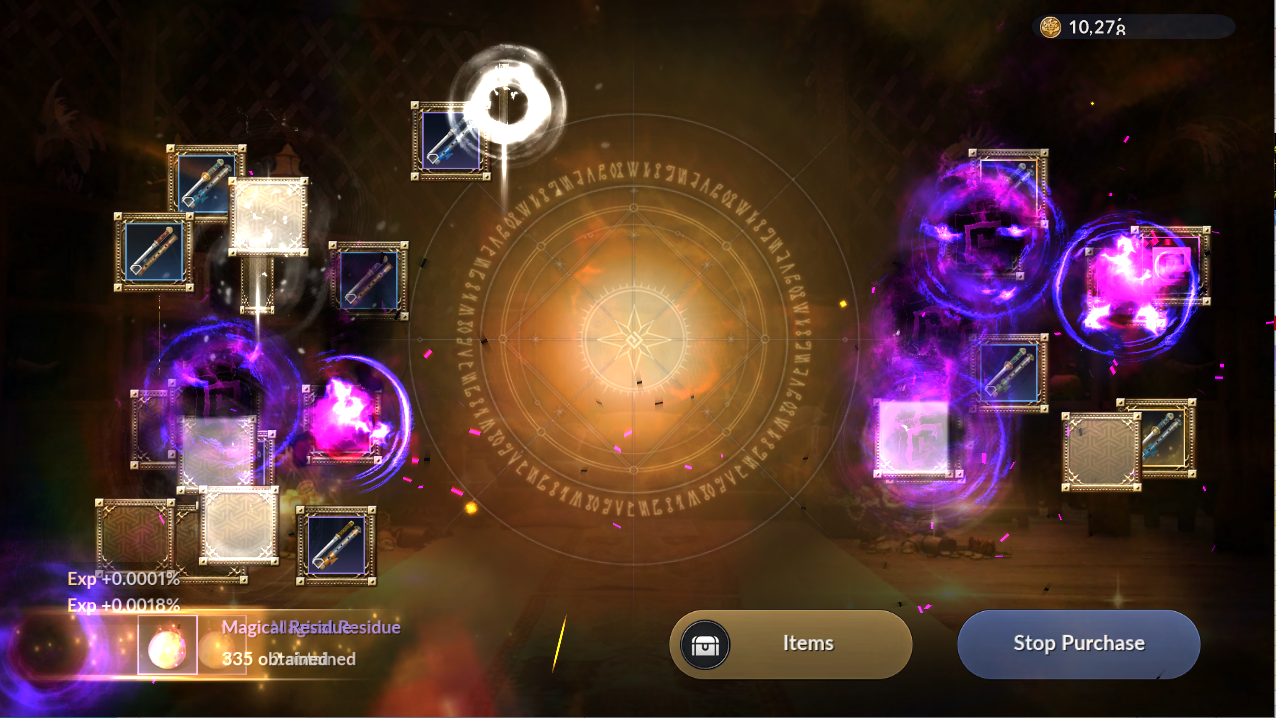 ■ Title
- Changed the type of the title 'Friendly with Horses,' which is gained upon obtaining a Tier 7 Horse, to be a Life Skills title rather than an adventure title.

▷ Black Sun
- Unlocks after defeating [Boss: Elric High Priest] in North Mediah. The Black Sun rewards can only be obtained after unlocking the mode.

■ Quest
- Changed the daily task rewards for Adventurers whose Black Spirit is under Lv. 100.
· The reward for 'Use 10,000 Silver has been changed from [Rare] Condensed Dark Energy Chest to Fair Feed x20.
· The rewards for 'Use 1 Skillbook' has been changed from Relic Fragment x500 to Lightstone Fragment x500.
· Any adventurers who received the daily rewards after maintenance will receive the new rewards.
· Removed the Cruhorn Wyrmsbane's quest [Heidel's Blacksmith] which was available after the main quest [Berman's Special Cooking] due to its unpopularity.

■ UI Improvement
- Added vibration and a UI indicator to the power saver mode to notify you if you're being attacked by another adventurer.
· The device vibration is only available on AOS devices.

■ Not Enough Potion Notification
- Fixed an issue which displayed the 'not enough potions' notification after the Mission Fail window while doing the main quests.

■ Arena Level
- Fixed an issue regarding the improvements implemented on June 1 where level 320 - 470 EXP did not apply.
· After today's update you can participate in the Arena 1 time to get the Level 320 - 470 EXP that had not been applied since June 1 retroactively.

■ Mount
- Fixed the red effect that was displayed when using Quantum Jump with a Tier 8 Horse.

■ Lucky Shop
- Any unused Lucky Shop tickets after the update will transform into chests with the same rates as the Lucky Shop.
※ Items obtained from the Lucky Shop may not be available for immediate use depending on content unlocking requirements.

※ The following items are limited edition collaboration items and will not be available for purchase after sales end.
· BUGATTI CHIRON Pack I (until July 5, 2021, 23:59)
※ The Outfit in Pack I is different per class. 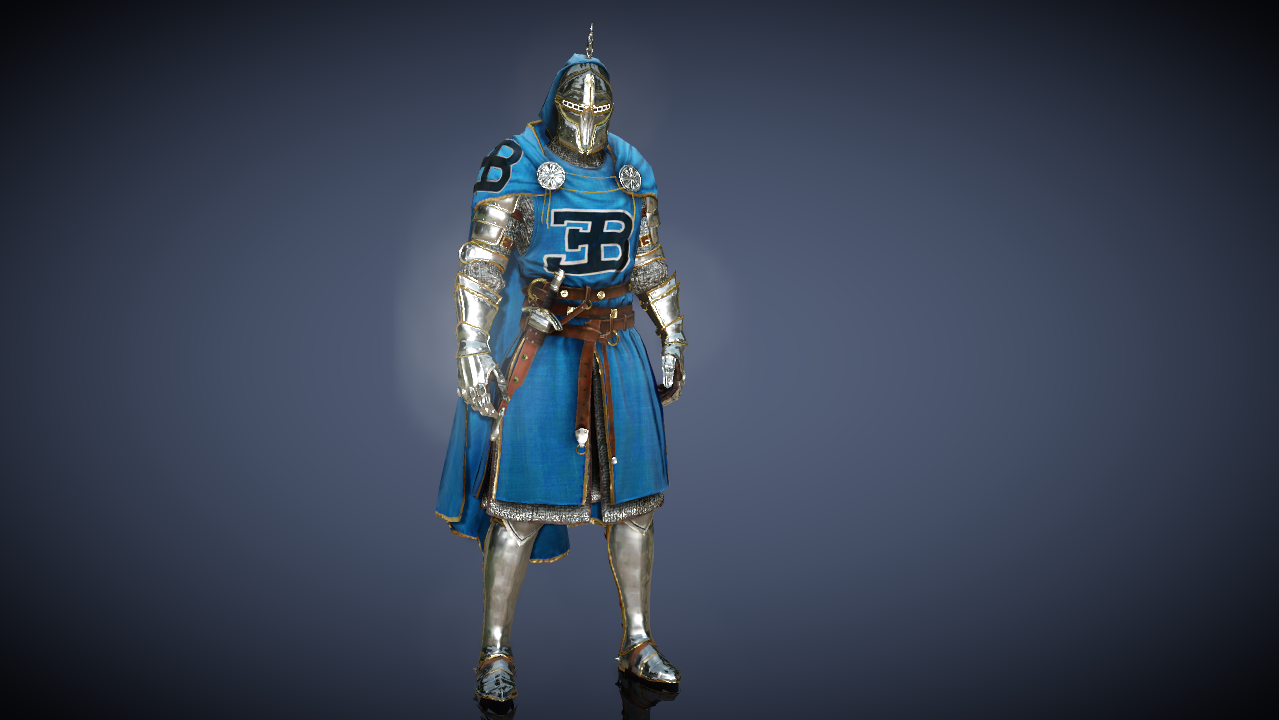 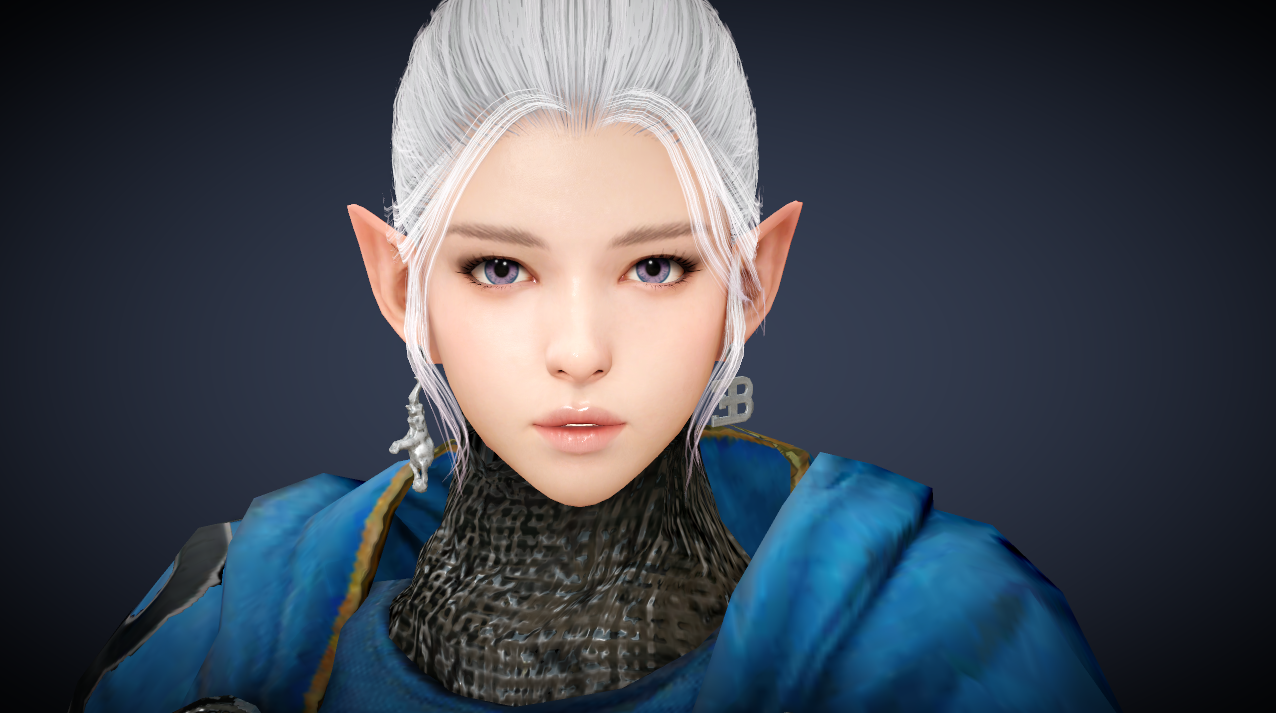 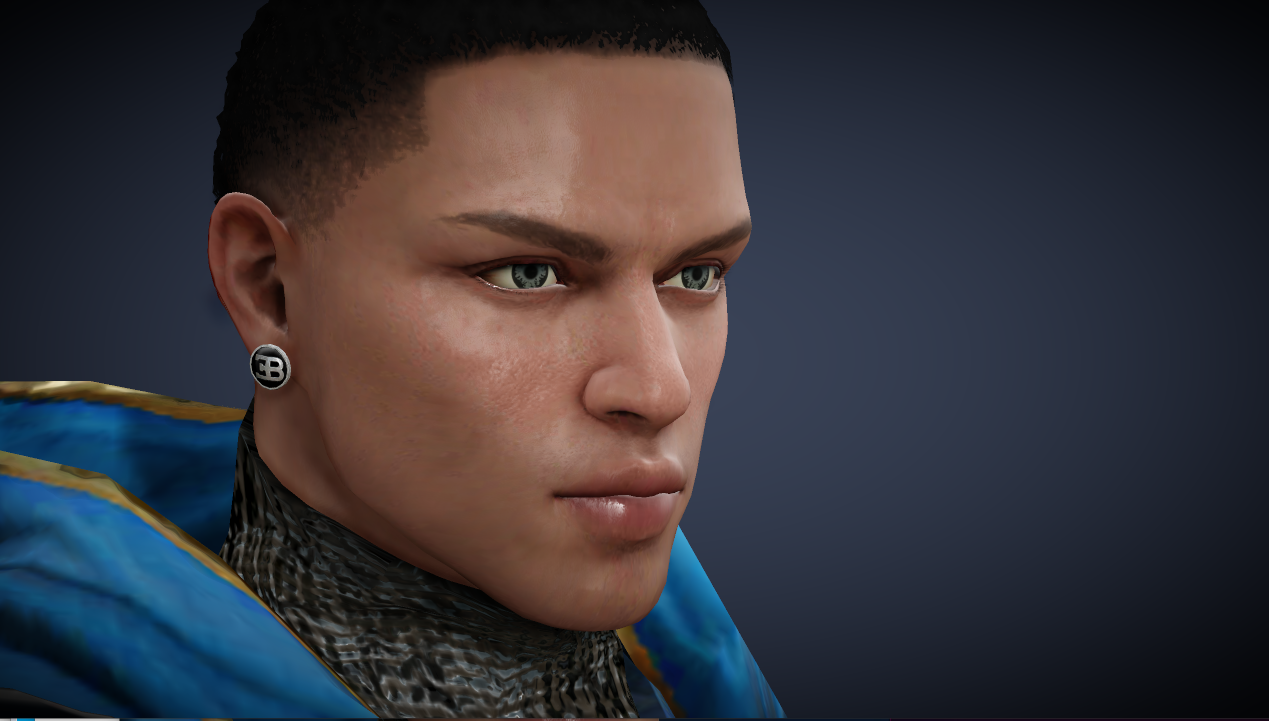 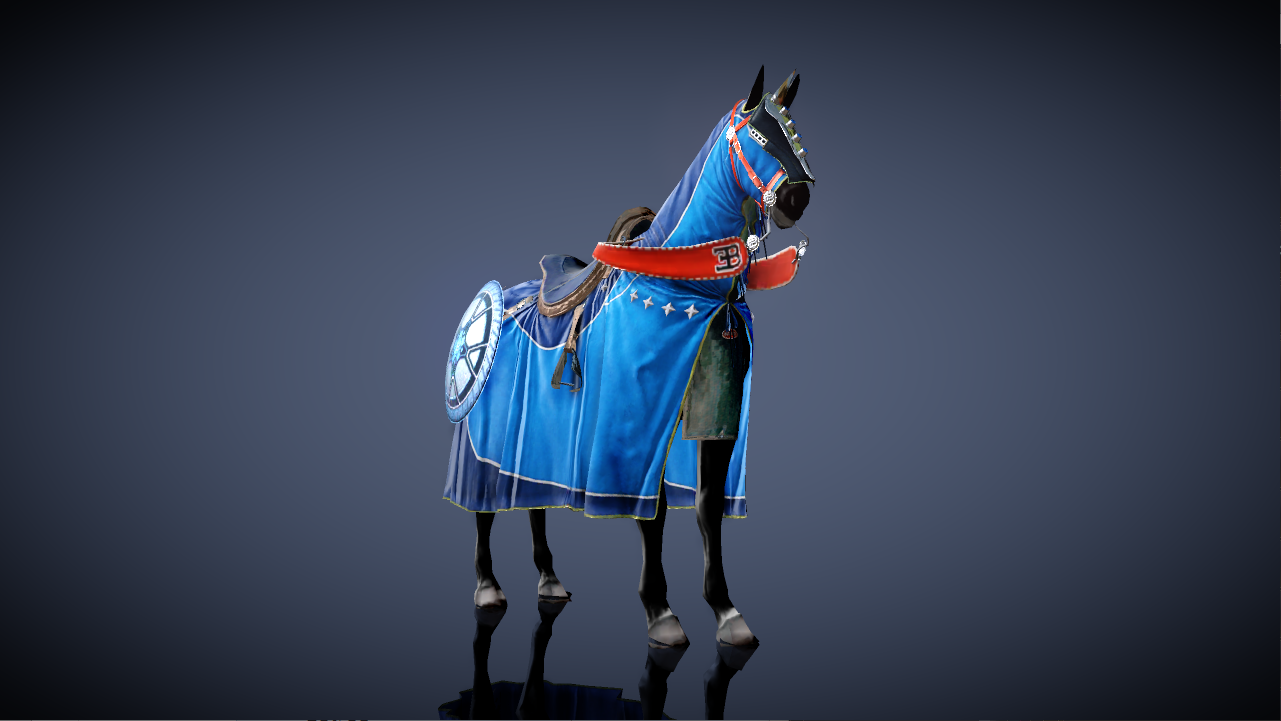