[September 14] Patch Notes Greetings, Adventurers!The Patch Notes for the September 14 update (Tue) are here!In this update, we’ve added new content, events, bug fixes, and overall improvements to the game.See below for more details about this update.※ All screenshots were taken from the test environment and may differ from...

The Patch Notes for the September 14 update (Tue) are here! 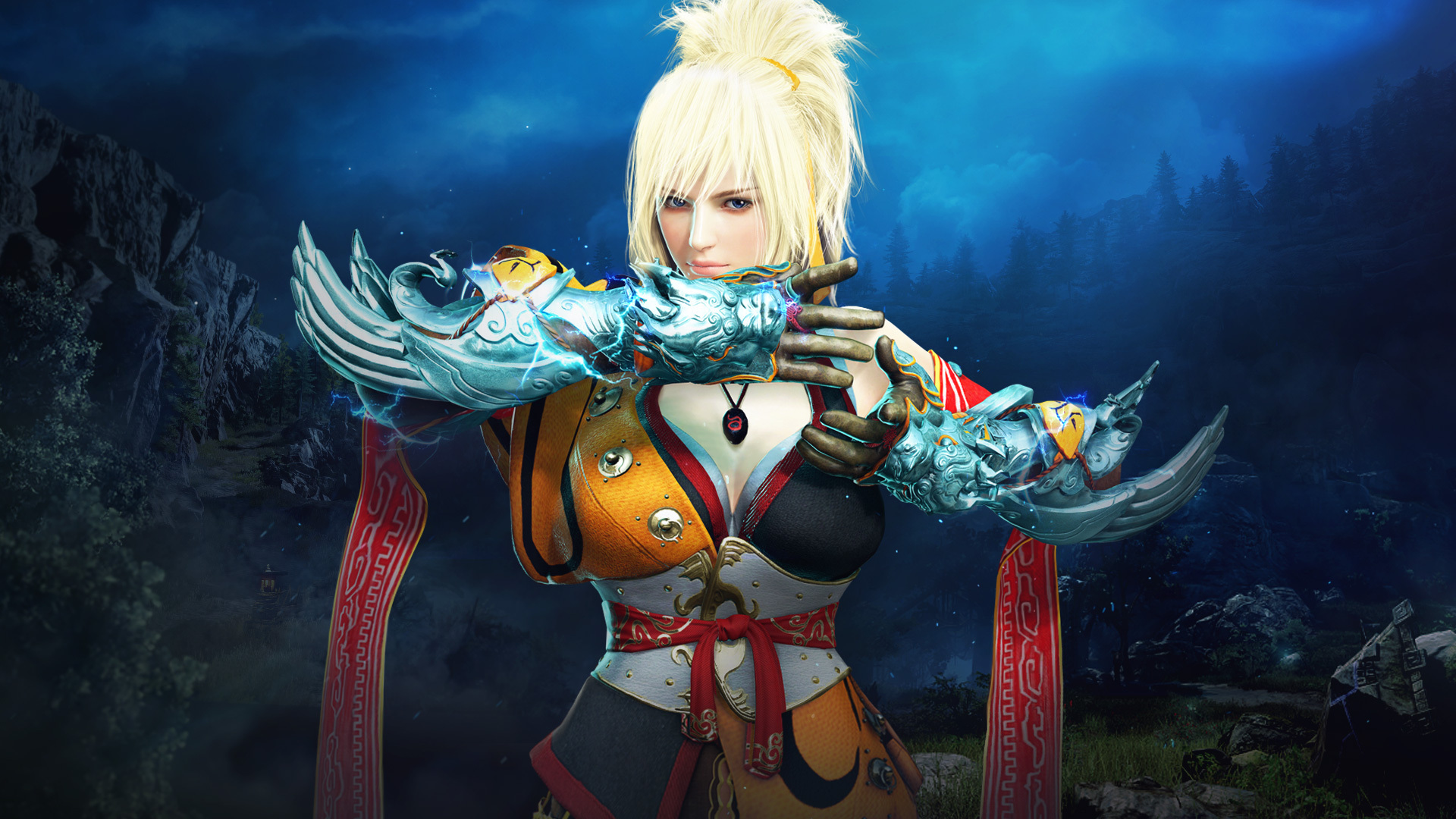 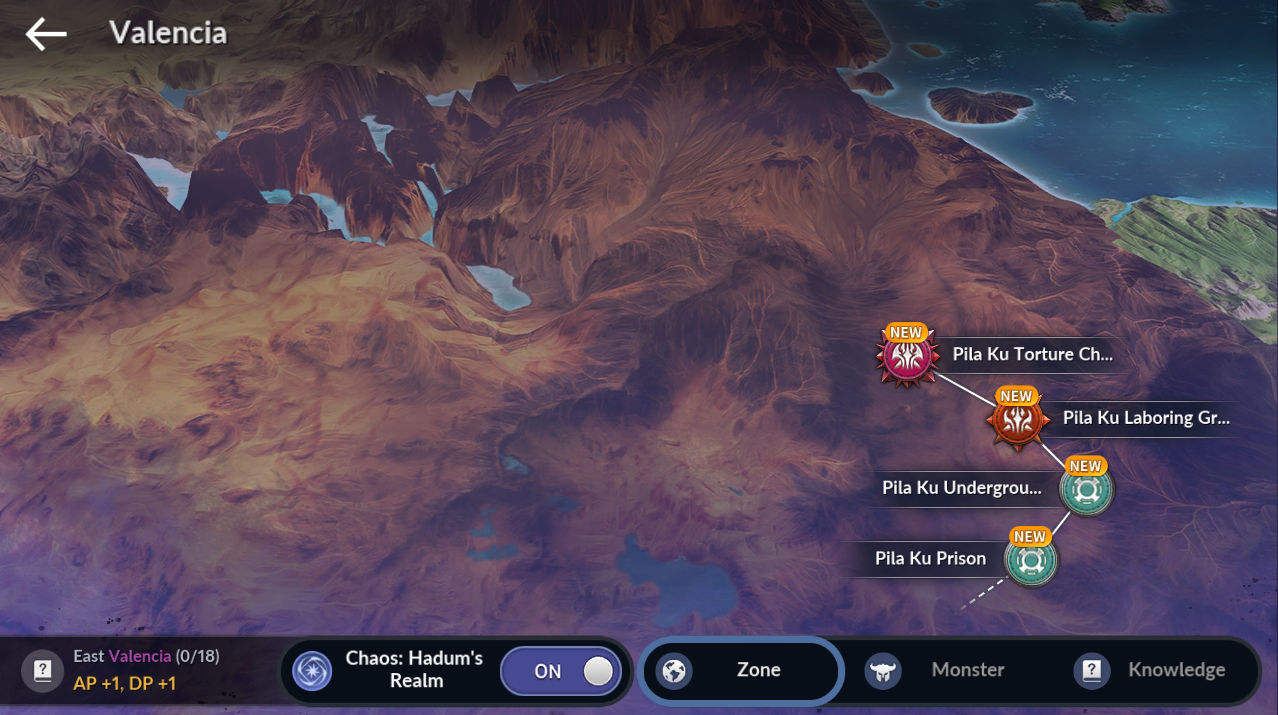 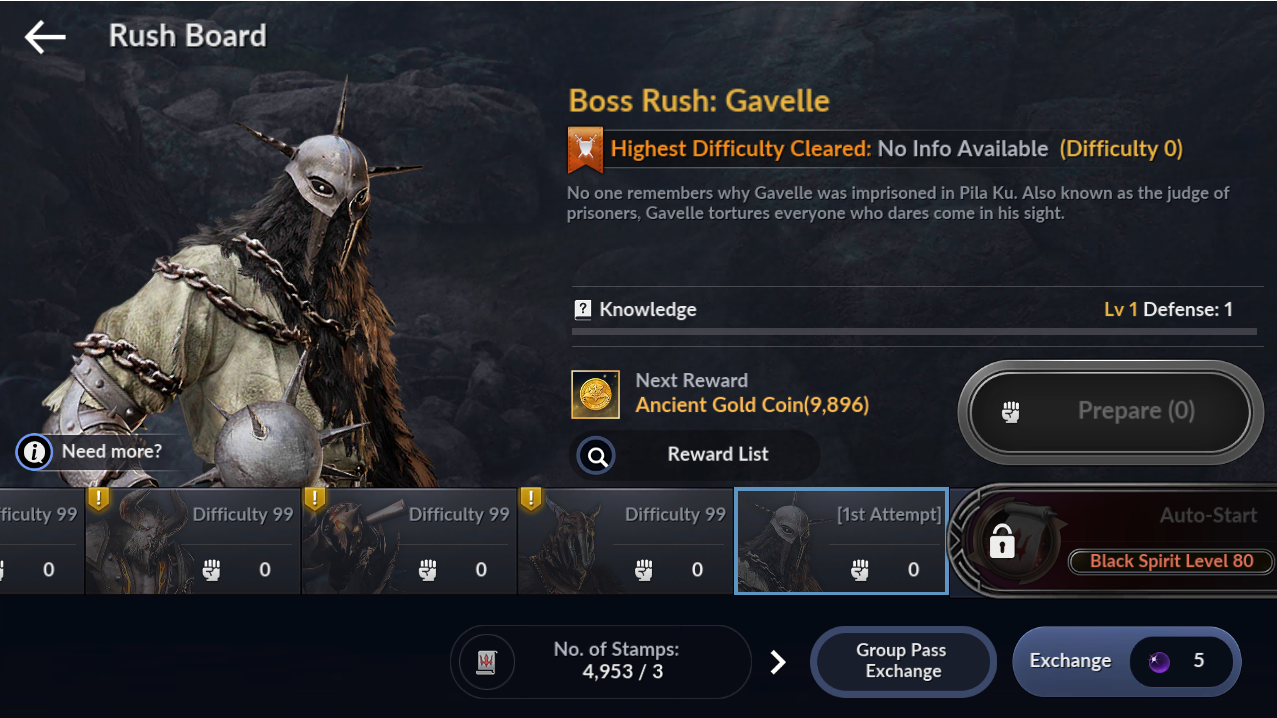 - Added new Boss "Gavelle" who appears in the new region.
· Gavelle will be available in Boss Rush after Boss: Gavelle Mission is completed.
- DP can be increased upon acquiring Gavelle's Boss Knowledge. 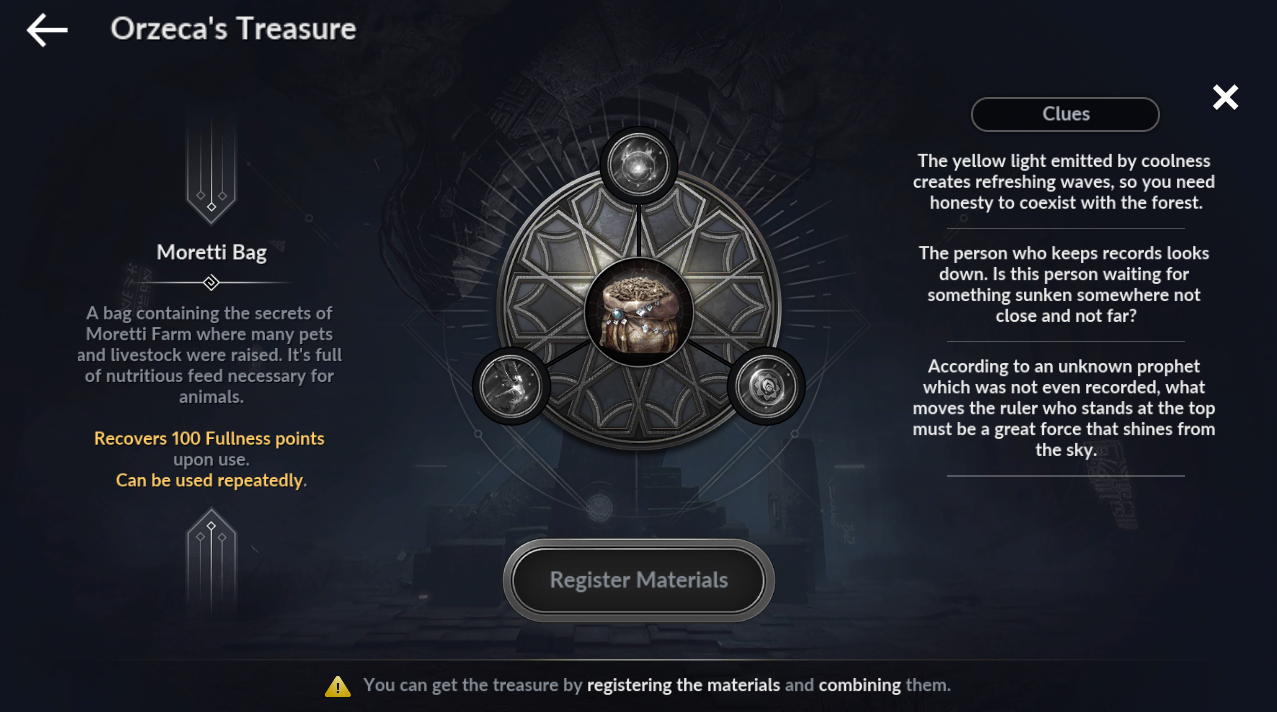 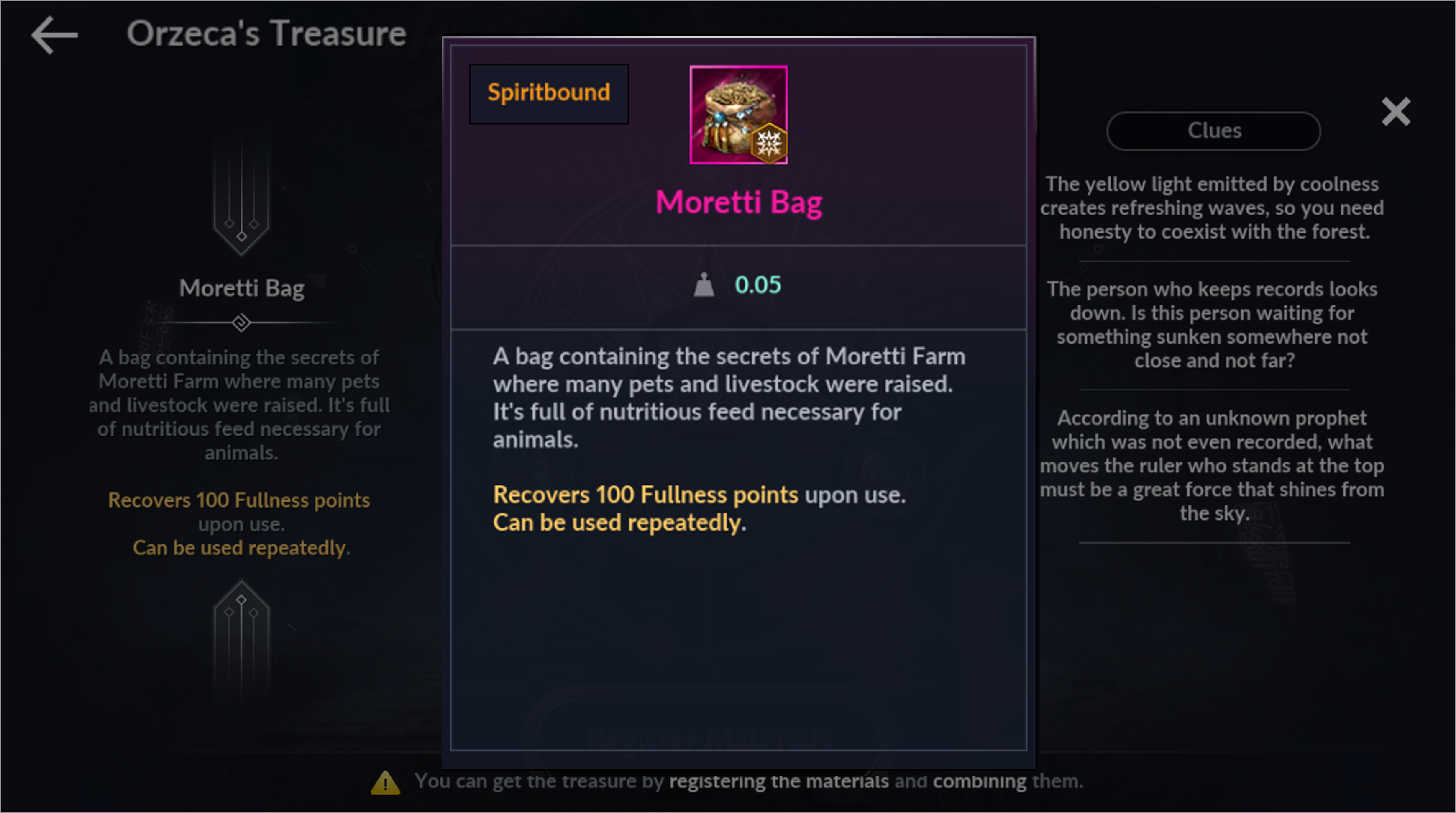 - A new treasure, Moretti Bag, has been added to Orzeca's Garden.
· If you use a Moretti Bag, you can recover 100 Fullness points of your pet, and it can be used repeatedly.
· If Auto-Feed is applied while holding a Moretti Bag, Poor Feed is not used and pets are fed until full.

- Berserker's Charge
· Increased skill cooldown by 3 sec. (8 sec → 11 sec)
- Unleash
· Adjusted the reduce cooldown effect from 0.5 sec to 0.3 sec when using skill (0.5 sec → 0.3 sec)
- Off-Kilter
· Fixed an issue where cooldown reduction was applied when Off-Kilter was used without the Unleash state being active.
- Unleash
· Increase Damage to other Adventurers effect has reduced by 4%. (11% → 7%)

- Umbral Pillars
· "Stealth for 3 seconds" effect has been deleted in [Night Shroud] skill.

- Scattering Darkness
· Increased the distance at which monsters are pushed back when getting hit by the Specter Sword.

- Resonant Blade
· Critical Hit Damage has been changed to decrease by 20% when Crit Chance is increased by 70%.

· [Heilang's Roar] (Passive Skill)
· Applies reduce damage from other Adventurers to allies by 10% for 30 seconds (additional 20% for self).
· Applies Increase AP and DP of self and allies by 20.

· Fixes have been made so that back evasion skill can be used while mounting Heilang.
· When using a basic attack while evading, Heilang can charge the target, inflicting damage and stunning it.

- Summon Heilang (Passive Skill)
· Heilang can catch enemies upon using [Maul].
· "Gravity Bolt" skill can be used with Lupa.
· It has been changed so that Heilang can appear to use [Gravity Bolt] skill when Lupa is in Knockdown, Knock-up, Bound state. (Not applied when entering Arena)

- Dark Spire
· Fixes have been made so that the skill can be used once more while holding the skill button.
· It has been changed so that the Super Armor effect is applied in the Arena.
· Daze on last hit
· Cooldown time has increased by 1 second. (5 sec > 6 sec)

- Gravity Bolt
· The Super Armor effect has been moved to the [Dark Spire] skill when entering Arena.
· Fixes have been made so that Lupa and Heilang can use [Gravity Bolt] at the same time upon using skill.
※ Lupa and Heilang use [Gravity Bolt] skill at their respective locations.
· After using the skill, even if you do not hold the skill button, thunderbolt remains in place to attack.
· When skill button is hold, the maximum number of hits is applied.

· Changed "Super Armor" effect to "Invincible upon skill use" when using Invincibility after first leap skill. (Not applied in Lupine Pounce when mounting Heilang.)

- Divine Roar
· "Enhancement: Increase Range" effect is applied as default and [Flow: Claws of Rage] skill has been added.

- Maul
· Super Armor (not applied when entering Arena) effect has been added while using skill.
· Cooldown time has increased 6 seconds. (8 sec → 14 sec)
· Fixes have been made so that target can be defeated by commanding Heilang when using skill.

- Falling Rock
· It has been changed so that changing direction in the air is possible when using the [Flow: Instill Fear] skill.

- Piledriver
· Reduce damage from Adventurer by 50% for 3 sec on successful grab.

- Wind Slicer
· Increased the attack speed of skills.
· Fixes have been made so that consecutive attacks can be performed while holding the skill button.
· "Consecutive attack"
· Apply 50% of the damage of [Wind Slicer]

■ Huntress
- [Blessing of the Wind] passive skill has been added.
- Fixes have been made so that other skills can be used more quickly after evasion.

- Descending Current
· Changed the visual effect of the skill and improved it to continuously deal damage to the attack area.

- Eclipse
· Fixes have been made so that you can attack enemies after moving when using skills.
· Changed the "Knockdown on successful hit" effect to "Knockback on successful hit' effect.
· "Increase enhancement range" effect has been applied as default and it has been changed to "Additional Magic Recovery".

- Legacy of the Vedir
· "Enhancement: Cooldown Reduction Effect" is applied as default and [Flow: Vedir's Wailing] has been added.

■ Sura
- Shadow Break
· Fixes have been made so that when the first attack is successful, the subsequent 3 hits are applied over time.
· Fixes have been made so that other skills can be used after the first attack. (Can move after the attack is over.)
· "Cannot be grabbed effect" while using skill has been added.
· Improved Shadow Break so that it can be used once more while holding the skill button.

- Shadow Cloak
※ Skill action has been improved so that stealth can be applied quickly.

- Hell Sweep
· Skill has been changed.
· Changed Bound effect to Knock-up effect on successful hit.
· Fixes have been made so that the next skill can be used quickly after using [Flow: Super Energy Blast].

- Spiral Cannon
· [Flow: Propel] has been changed so that it is applied even if it is not followed with the evasion skill.

- Slugfest
· Improved the skill so that when Overheat is activated even during [Flow: Explostrike], HP Recovery applies.

- Funeral Blast
· Removed the increase damage by 30% during [Overheat] and changed to shoot additional Cannon Shell with projectile speed.

- To the Grave
· Added 'Increase Attack Speed' effect during [Overheat].
· Fixed the issue where [To the Grave] skill was automatically used after using [Hellraiser].

- Fire Bomb
· Improved the skill so it can be used twice consecutively.
· When used consecutively applies 2 stacks for Overheat.

■ Invoker
- Increased the frequency of [Gigavolt] skill's use during auto-hunt.

■ Archmage
- Increased the frequency of [Meteor Shower] use during auto-hunt.

■ Class
- Paladin
· Added the icon for the passive skill: Smite.

■ Chat
- Increased the number of people you can block in chat from 50 to 100.
· You can now check the number of blocked people from the displayed pop up.
· The block list does not carry over between different devices.

■ Amity Dialog
- Changed the Amity Dialog so to make the parts where stamina is used is clearer.

- Removed the system that based the EXP and loot on character and monster level differences in Elion's Realm.
※ Affected Regions: Balenos - North Valencia

■ Ranch
- Improved Ranch so that you can place different types of livestock at the same time.

■ Pearl Shop
- Improved the Accessories in the shop so that when a free accessory is available it displays the exclamation mark.

■ World Boss
- Improved the mode so that when resurrecting after death, auto-battle is enabled.

■ EXP Scroll
- Fixed an issue where, in certain situations, the number of EXP Scroll used did not refresh right after.

■ Monster Grab Skill
- Fixed an issue when dying after grabbing monster would lead to an unnatural body movement animation. 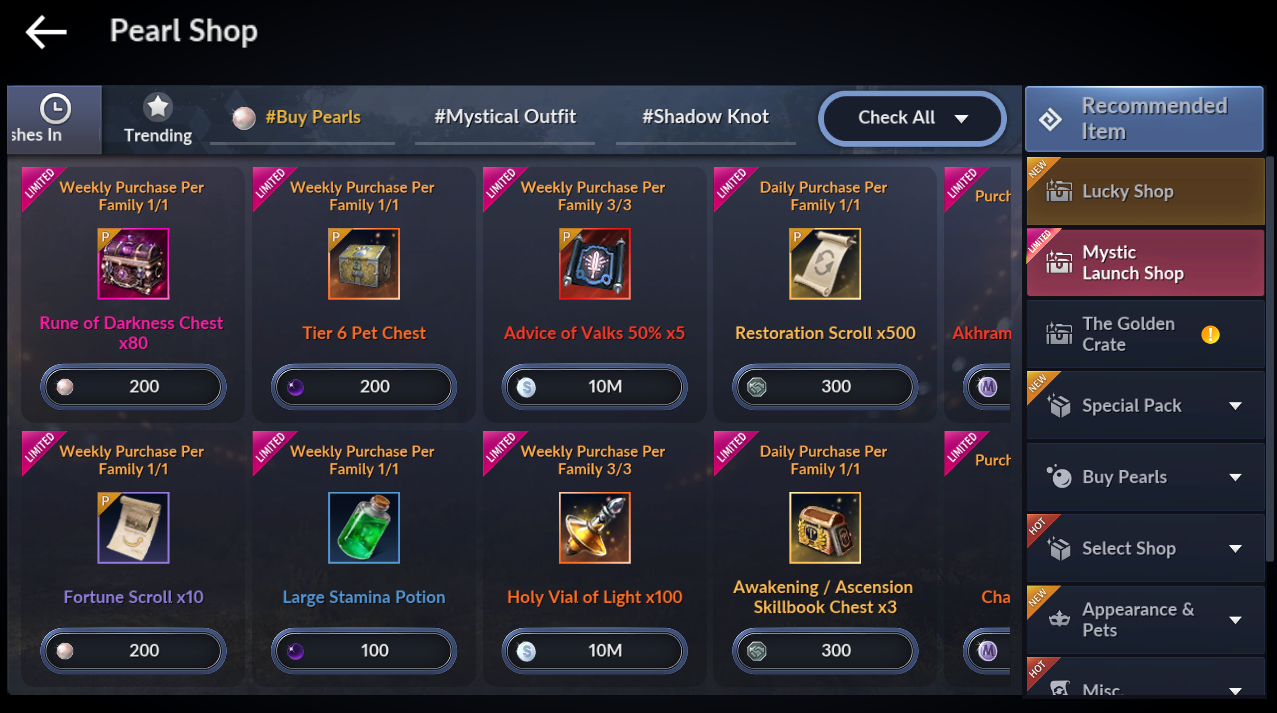 - Level Up
· Level Up Mystic